B. Terry played six matches in A lyga this season but could not success to the opponents goal. D. Nyarko represented FC Stumbras B and took part in eight games.

Andre Silva, promising Portuguese defender, played regularly for FC Stumbras B where he had 14 games this season.

22 years old Lithuanian midfielder Erikas Skripkinas spent more than three years in FC Stumbras and scored once in 30 A lyga appearances. However this season footballer was struggling with small injuries and had only four games for FC Stumbras B and three goals.

After almost two free weeks FC Stumbras will start preparation for the second part of the season on Monday in Kaunas. 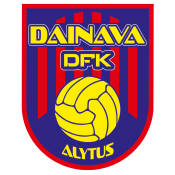